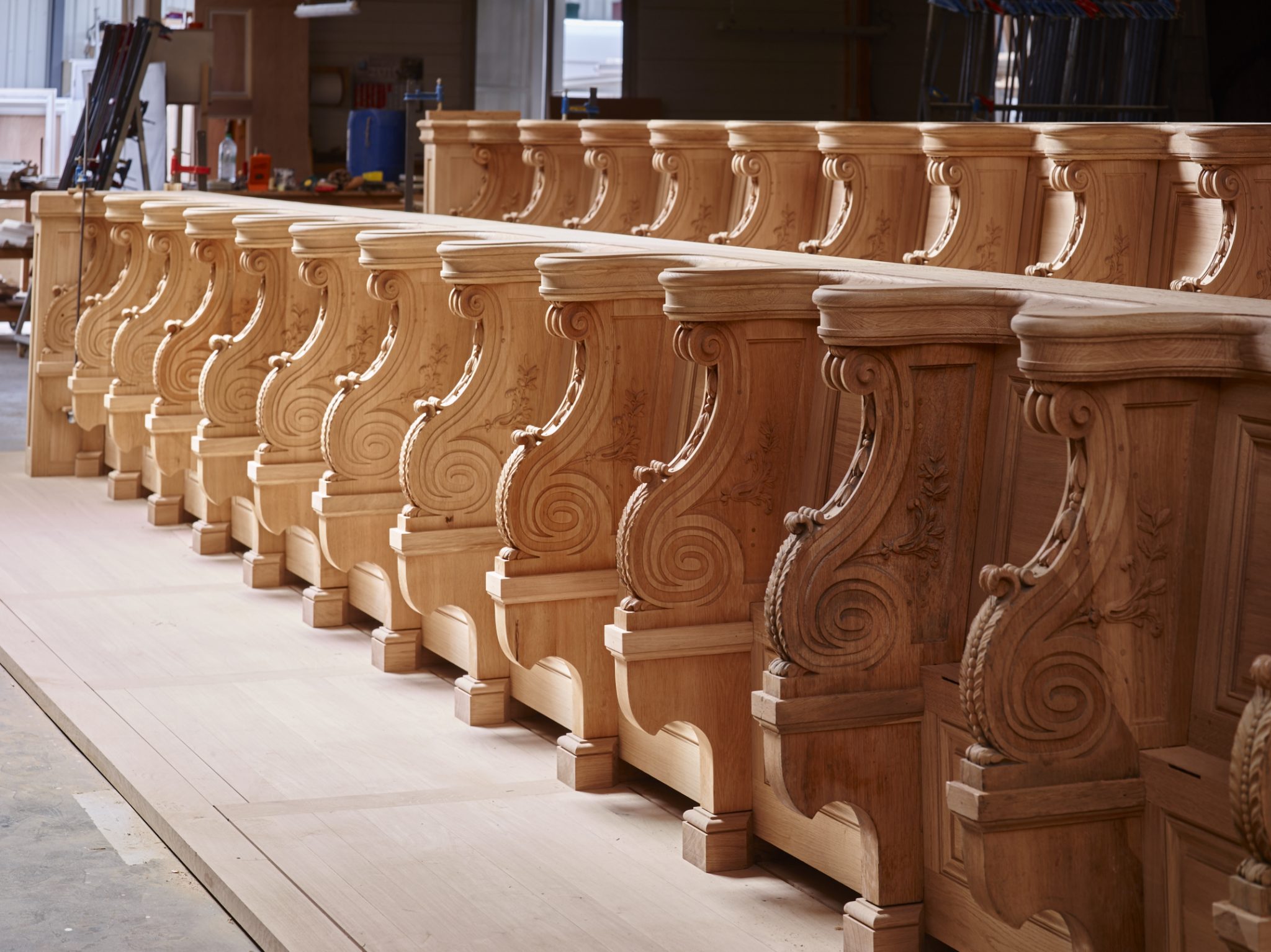 On the night of July 15 to 16, 1944, two bombs fell on the choir of Sainte-Julitte Cathedral, collapsing the vaults and partially destroying the 18th century stalls.

Seventy-two years later and after a first restoration campaign interrupted in the early 1980s, the stalls are now back in the choir of Nevers Cathedral. 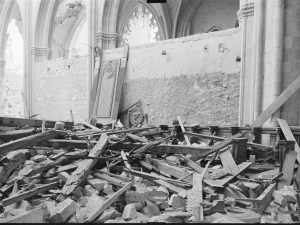 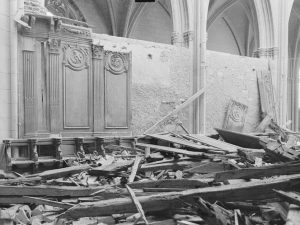 The stalls after the 1944 bombardment

This ambitious reassembly project, which involves the installation of 50 stalls and their rich woodwork with sculpted medallions and pilasters, is managed by the DRAC of Bourgogne and the Cairn architectural firm. It was carried out jointly by our manufacturing and restoration workshops. 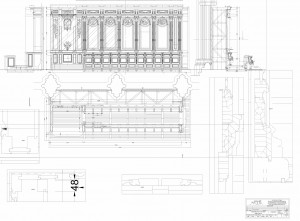 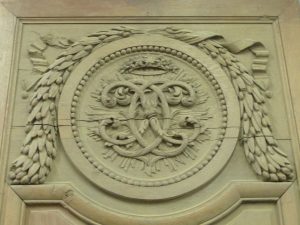 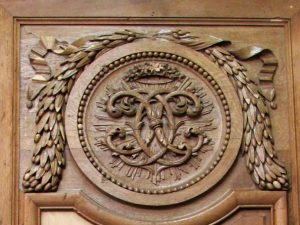 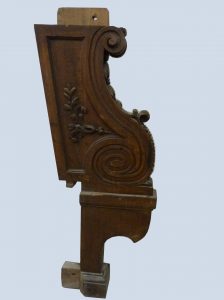 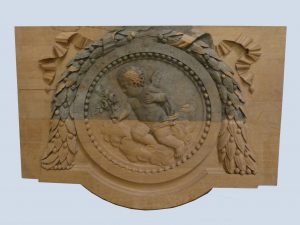 Completion of the assemblies on a medallion restored in the 1980s 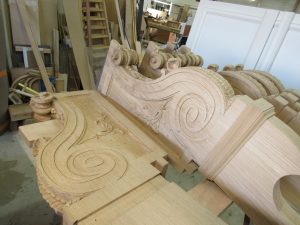 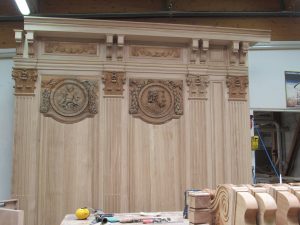 After 1 year of workshop work and a spectacular blank assembly, the stalls are currently in the process of installation and will soon be visible to the public.

Trial assembly at the workshop 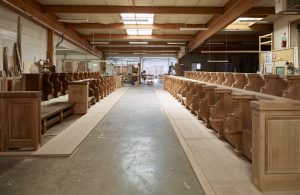 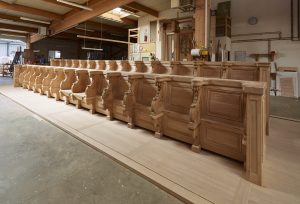 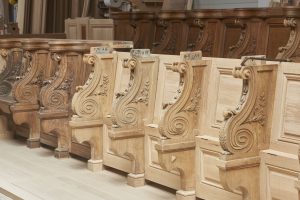 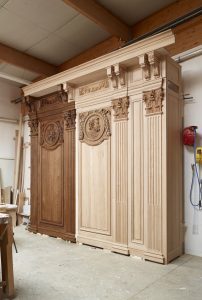